Blue Ice Aviation is a small air taxi in Alaska, the owner is an Alaskan Bush Pilot. He has a customer base he flies to remote areas, but he also has thousands of social media followers. These followers are not likely to ever fly with him, but they follow him for his photographs of Alaska and out of the love of Super Cubs and bush wheels. He has a small merchandise store for those who are interested in t-shirts, stickers, and for many years, calendars.

The files were created to have three choices for each month of scenic photographs with the super cub, sized appropriately for the smallest mobile device up through desktop monitors. The primary focus was a Blue Ice Aviation photograph and the secondary objective was adding a calendar.

The example shown is for a single month, December of 2017, as shown for the the Print Calendar. 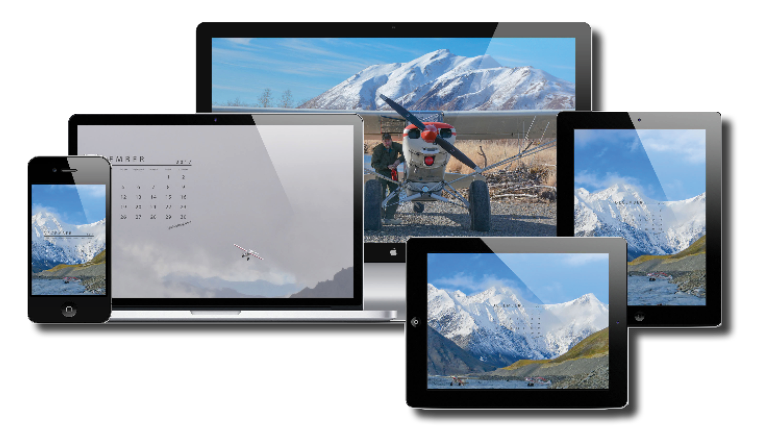